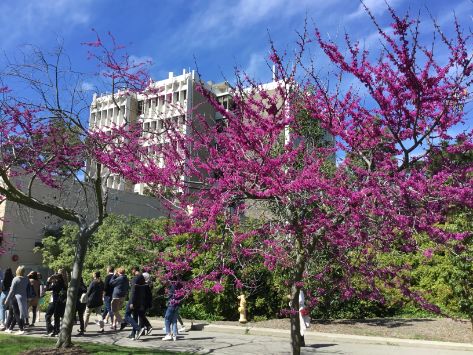 It has replaced “What’s a good GPA/test score?” and “How many colleges should I apply to?” as the top question we’re asked now.

Will colleges open in the fall?

Some colleges have announced they will be open, pending permission from their local agencies.  For example, Drew University (Madison, NJ) made the announcement that they plan to be back on campus mid-August.

Some colleges have announced they’ll have a hybrid model, with some on-campus and some remote learning this fall.  Unity College (Maine), for example, separated its fall semester into more of a block schedule, with students taking two courses each five week block.  The school will allow students to begin their enrollment at any of eight points during the year, for maximum flexibility.  Beloit College (Wisconsin) will delay starting until after Labor Day, and will split the fall semester in half, with a fall break in the middle.  St. Mary’s College of California specifically addresses the issue of student housing in their message to families; many colleges are looking into how to add housing capacity so that most, if not all, students can live in single rooms instead of with roommates.  The University of Michigan will start before Labor Day and will run a traditional semester with a one-week fall break.  Other colleges plan to eliminate fall break, starting in late August or early September, running through Thanksgiving and then sending students home until the New Year (this is traditional for a quarter-system school).  Indiana University announced specific plans to reorganize their academic calendar for the entire year, eliminating both fall break and spring break.

The UCs haven’t made any final decisions yet on opening this fall, and despite an announcement that the entire CSU system must be prepared to deliver courses online this fall, some campus presidents are hopeful that they’ll be able to offer at least some courses in person.

Journalist Jeffrey Selingo recently spoke with Diane Rehm about this topic; the interview is about 30 minutes.  The Chronicle of Higher Education, which is one of the two more widely-read industry publications, is maintaining a list of plans colleges have announced for this fall.

As for fall college athletics, that’s another tricky issue that colleges are attempting to tackle at this point.

For the Class of 2021, the more pressing issue isn’t whether colleges will be open when they’re set to arrive, in the fall of 2021, but rather, how will the application process change and will any of the deadlines shift?  We’ve learned a bit in the last few weeks:

Stay tuned for more changes in the process and timeline throughout the summer and fall.  Thank you for relying on Magellan College Counseling to keep you up to date!