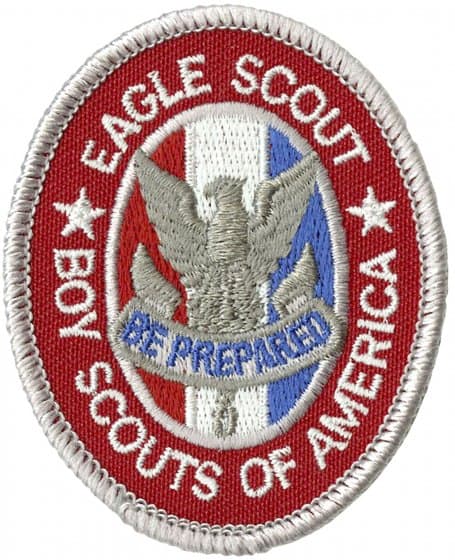 Be Prepared. The Scout Motto might produce images of Boy Scouts making sure they have everything they need for a camping trip. However, the lessons learned in Scouting are not intended to apply only while scouting, but rather they prepare Scouts for all aspects of life. College and the college planning process are no exceptions.

They say “if you don’t stand for something, you’ll fall for anything.” Perhaps the greatest benefit that being an Eagle Scout gave me in college was a moral compass in a sea of “going with the flow.” Following the tenets of the Scout law helped me bypass many of the distractions of college. Rather, my focus was on getting an education and surrounding myself with positive people. My experience leading troop meetings, as awkward as I was as an early teen, and organizing an Eagle Project gave me the confidence to lead projects and present in front of my classmates. While I wouldn’t say I had fully formed my identity when I entered college, I certainly was already on the path thanks in part to my Scouting experience. I had a foundation partially formed on being trustworthy, helpful, and friendly which helped me immensely as I continued to discover who I wanted to become.

Of course, before one enters college, one must apply and be admitted to college. Eagle Scouts have a number of advantages when completing their college applications. The most obvious perhaps is being able to proclaim the title of Eagle Scout. The Eagle is widely recognized by most people in the country, including admissions officers, and it represents years of commitment to a noble cause, character development, and of course the culminating Eagle Project.

In addition to the title, Eagle Scouts have stories to tell. Stories of adventures and mishaps in the wilderness, but also stories of service. Perhaps stories similar to my own of hopping in and out of the bed of a truck while collecting food donations for Scouting for Food or organizing dozens of volunteers and fearfully calling strangers to help complete my Eagle Project (and also helping other Scouts complete their projects). These stories can make up the meat and potatoes (cooked in foil on an open fire, of course) of any number of college essays. Along the path to Eagle, Scouts must complete 21 different merit badges, which allow the Scout to pursue and explore interests, which could turn into majors.