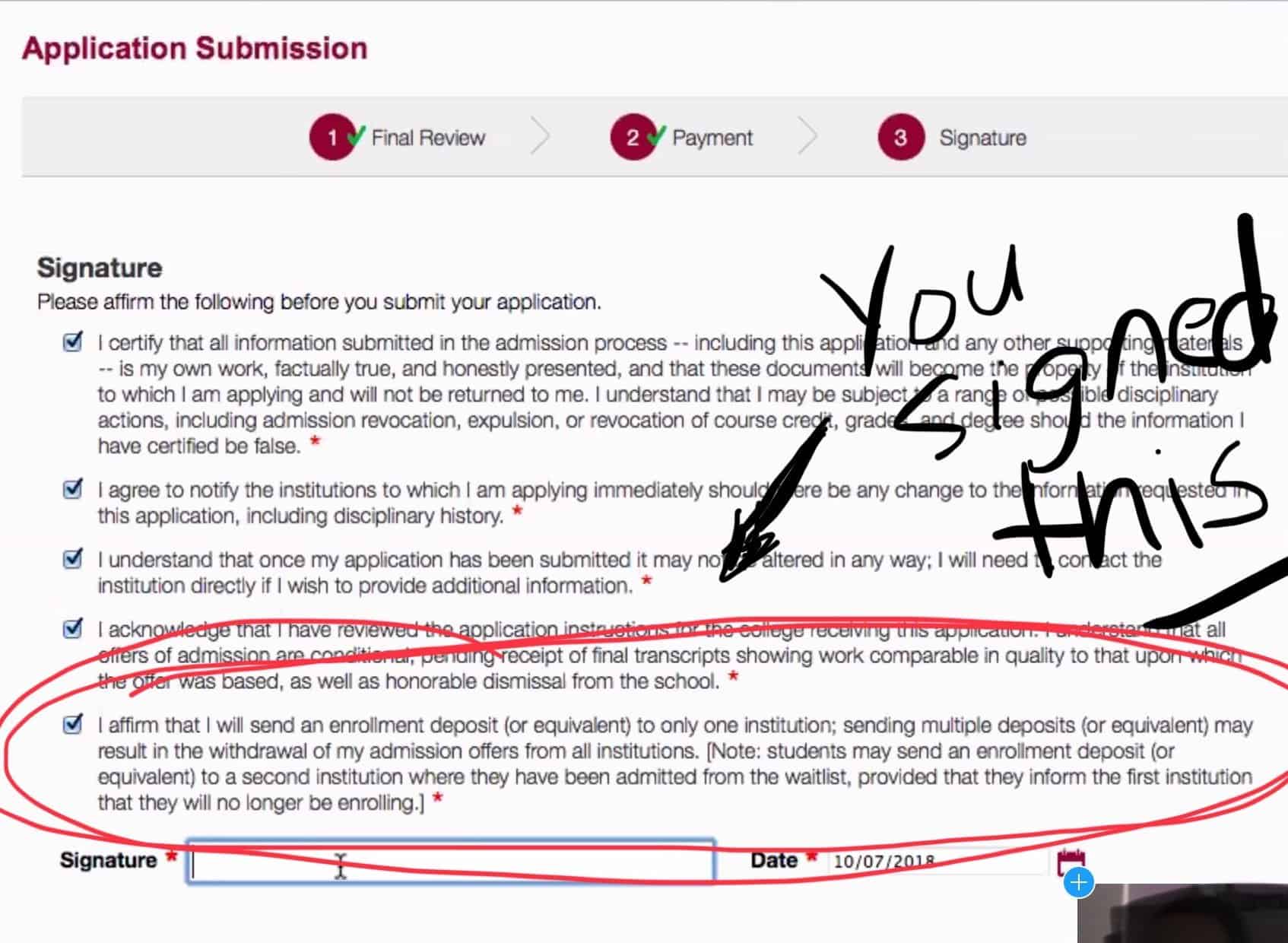 You may not remember reading all of the fine print when you submitted your college apps, but one of the boxes you checked said that when you have all of your college acceptances, you’ll choose ONE, and submit an enrollment deposit to ONE.  Just one.  You can only attend one college.

The answer is no.  You can’t because you signed something that says you wouldn’t.  But more importantly, from an ethical standpoint, you shouldn’t do this.  And here’s why:

Your child really, REALLY wanted to go to UC Berkeley.  She was waitlisted.  The UC enrollment deadline (their “SIR” is the statement of intent to register, which is the enrollment deposit) is May 1.  That means on May 1, each of the UC campuses (and most other colleges with a May 1 deposit deadline) will have a pretty solid idea of how many students will be part of their next enrolled class.  So a few days after May 1 (in a typical year), UC Berkeley would know how many spaces they have in their class, if any, and they could pull from the waitlist.

It’s time to make the decision!  You need to enroll somewhere you’re admitted and not rely on getting off any waitlists.  The waitlist offer could come through.  Someone who deposited at Berkeley class could get off the waitlist at Vanderbilt, which would create an opening Berkeley hadn’t anticipated, and boom – you’re in!  But unless and until that happens, you must choose ONE college from the options you have.

By double depositing, you’re preventing at least one college from accurately counting vacant spaces in their incoming freshman class – and you’re preventing someone on that school’s waitlist from getting a coveted offer.  You’re basically standing in two checkout lines in the supermarket at the same time, preventing someone else from getting to the checkout sooner.  Same story – you can only check out in one line in the end.  It’s time to choose.

Spring 2020 is different; wait lists are moving more quickly than usual because colleges are concerned about not filling their classes.  There will be movement through the summer and possibly later.  But for now, you should choose the ONE college that is your top choice from among the ones that admitted you.  Deposit there.  Inform the rest that you won’t be attending.  This is right and decent thing to do – it’s what you’d want someone to do who was admitted to a college where you’re waiting for that waitlist offer.

Before last year’s college admissions scandal, double depositing was one of the biggest no-nos we could think of.  It seems to pale in comparison at this point, but it’s still a no-no, and it’s something you’ve already committed not to do.