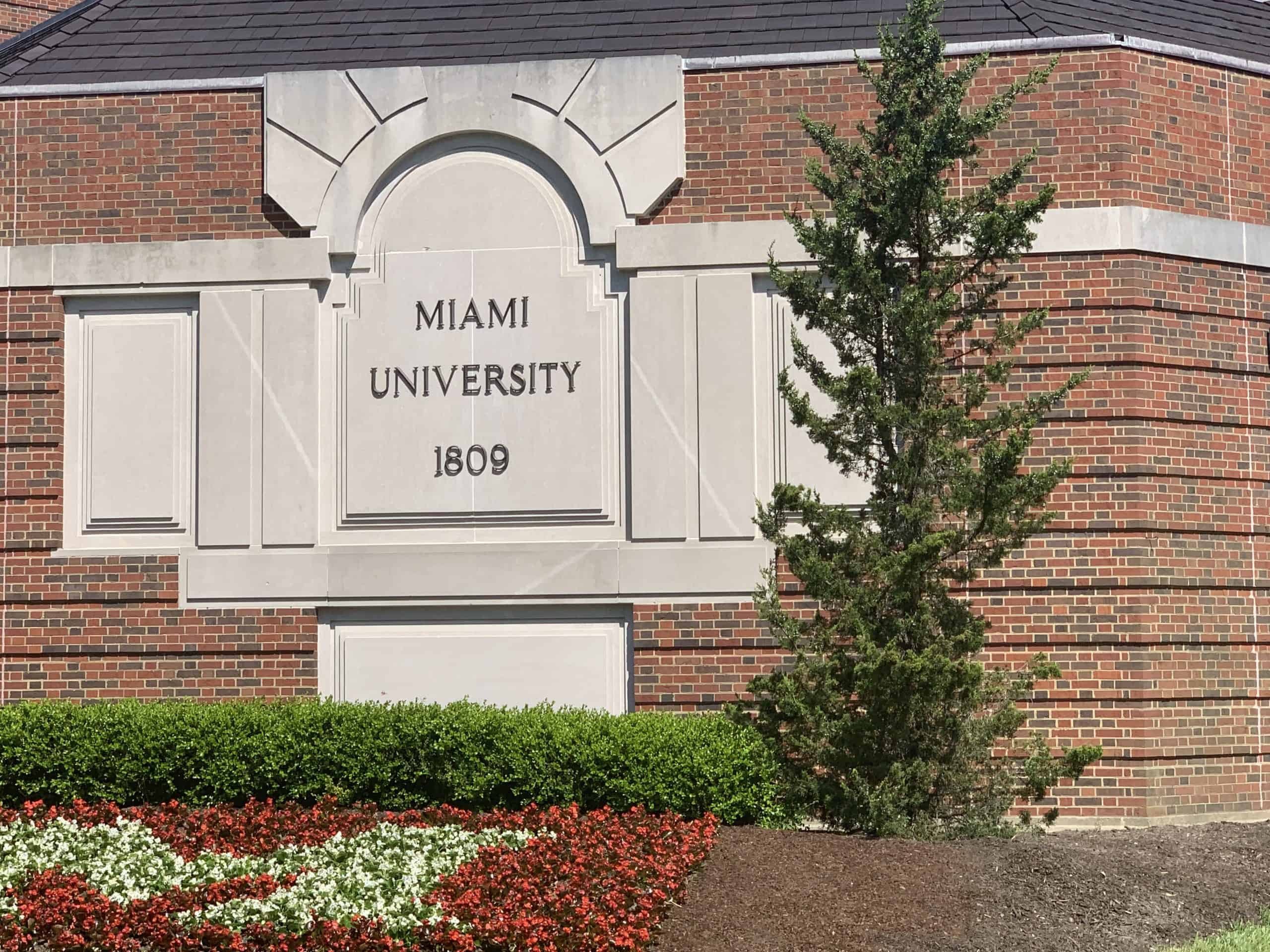 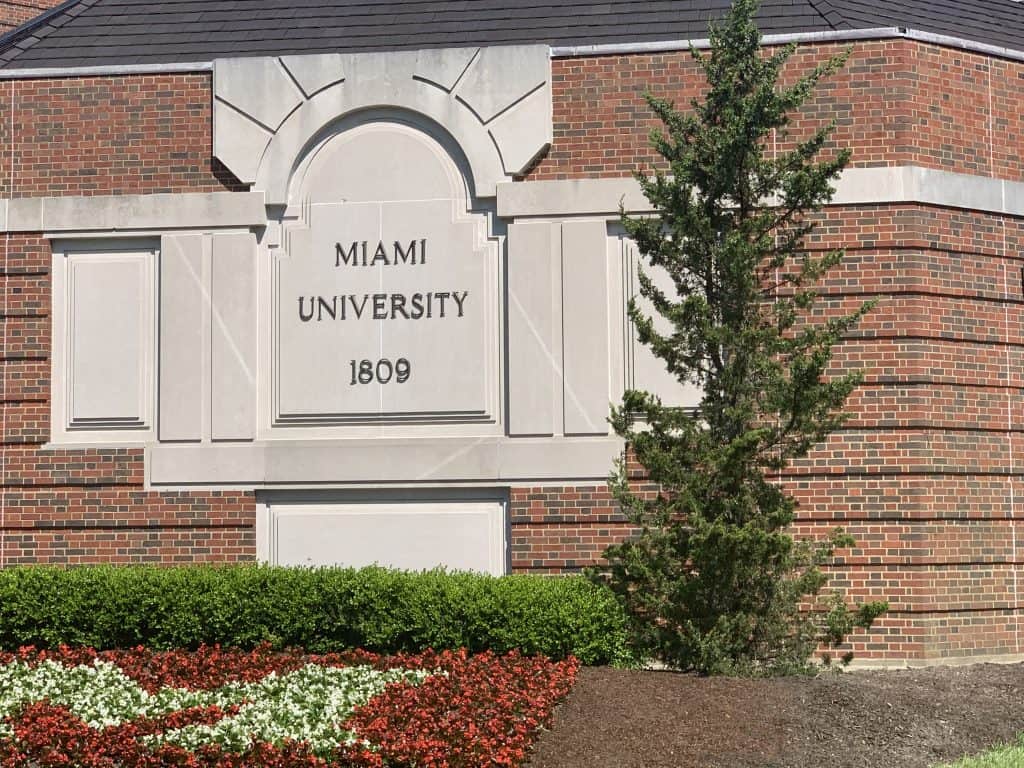 Driving along the corn fields laced with giant windmills on either side of the highway, one could barely imagine the Ivy-league-like campus the road was about to unveil.  I first passed the Miami equestrian training grounds which was hosting some sort of competition.  As I drove further along, a large, tall, dark, brick clock tower would beckon me to the Miami University of Ohio campus.  Sure enough, adjacent to this clock tower was an immaculately manicured and precisely lined soccer field.  The red brick buildings that I then encountered, reminded me of Harvard, but on a larger scale. As I drive around the periphery of campus, I am impressed by how close “off” campus actually is to the campus.  Fraternity and sorority houses boasting names such as, “Alligator Alley,” “You Had Me At Merlot,” “The Great Fratsby” or “Jam Box” are a stone’s throw away from campus.  The downtown area (called Uptown) is lined with cute little coffee shops, restaurants and stores, all within walking distance of the campus.  I can’t help but notice the sense of community among the students as I visit the student union where students rally around the sushi bar, pizza station or huddle around the big screen tvs watching some basketball game.  They are presumably a homogenous group; but, they are friendly and seem to enjoy each other’s company, nonetheless. 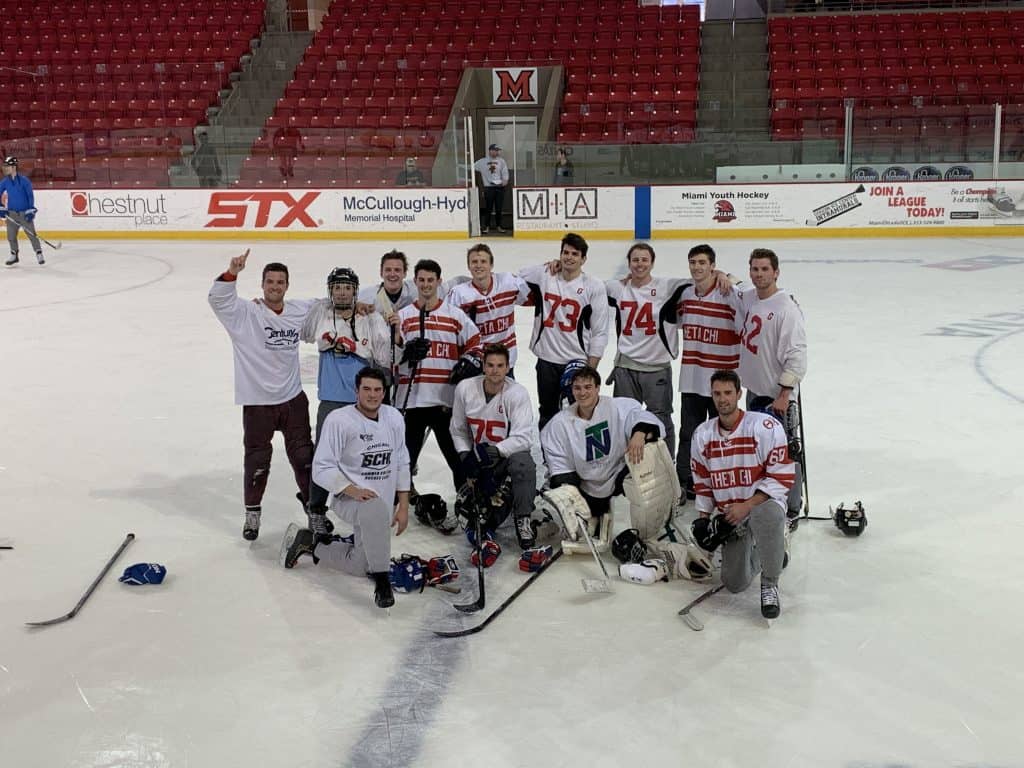 I didn’t just see a student whip by me driving a pink wrapped Ferrari did I?  Or, how ‘bout that gold BMW or Matte Finished Audi R8?  Yep, sure did, all Miami students.  There is some affluence here for sure, but I am told there is a place for everyone here.  And, I believe it.  The stories of the “Miami Mergers” (Miami alums who marry Miami alums) speak to the happiness that can be created here and the relationships that can be formed.  I scurry off to check out the state of the art recreation center, fully equipped with a climbing wall, work-out facilities, yoga classes, a student indoor ice rink and 2 Olympic-sized pools.  While there, I see a crowd peering in a window to watch the Miami RedHawks’ D-1, ranked, hockey team.  Hockey is big here; I get to watch the team practice.  Cool.  There are so many nuances to my day and experiences that I just could not have gotten if I weren’t on the campus.  I skip down the stairs, grab a latte at the coffee shop on campus, rub the brass turtle’s foot at the center of campus for good luck and hop in my car, off to the next campus visit.

Magellan counselor Kathy Kelleher is the proud mom of a Miami University of Ohio alumnus!  She has visited many times. 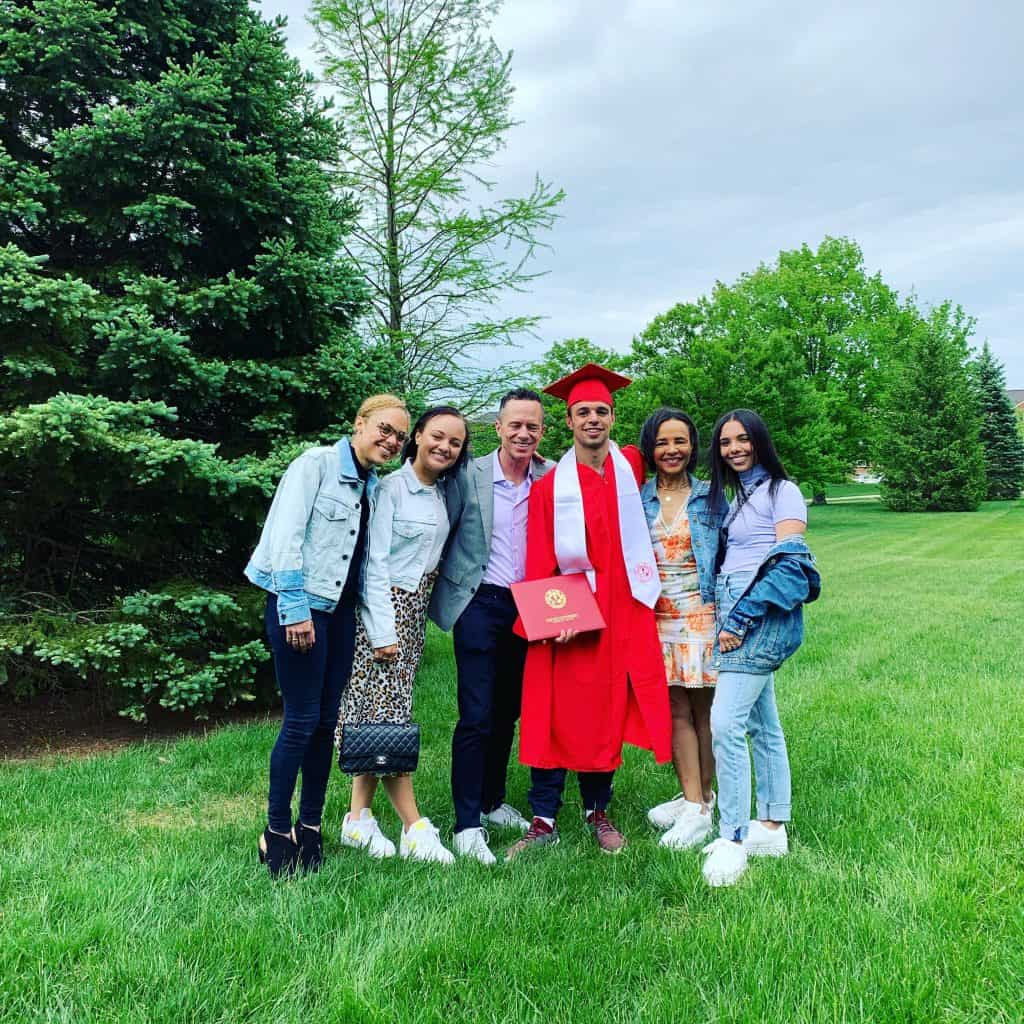