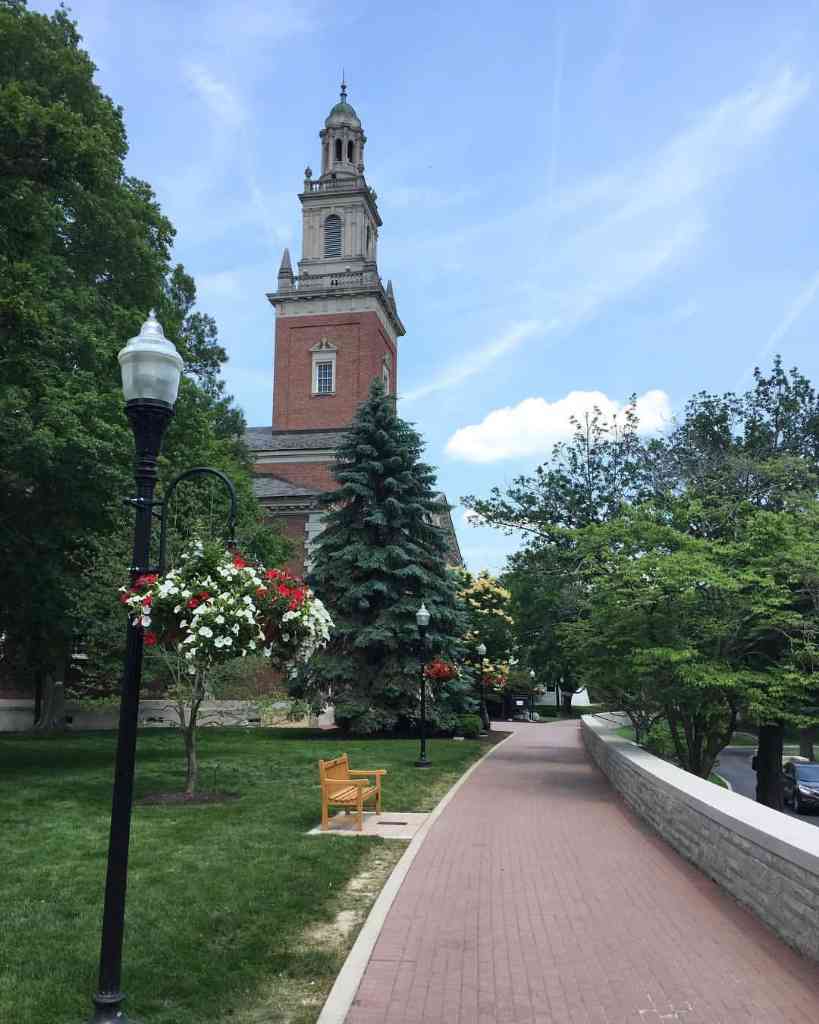 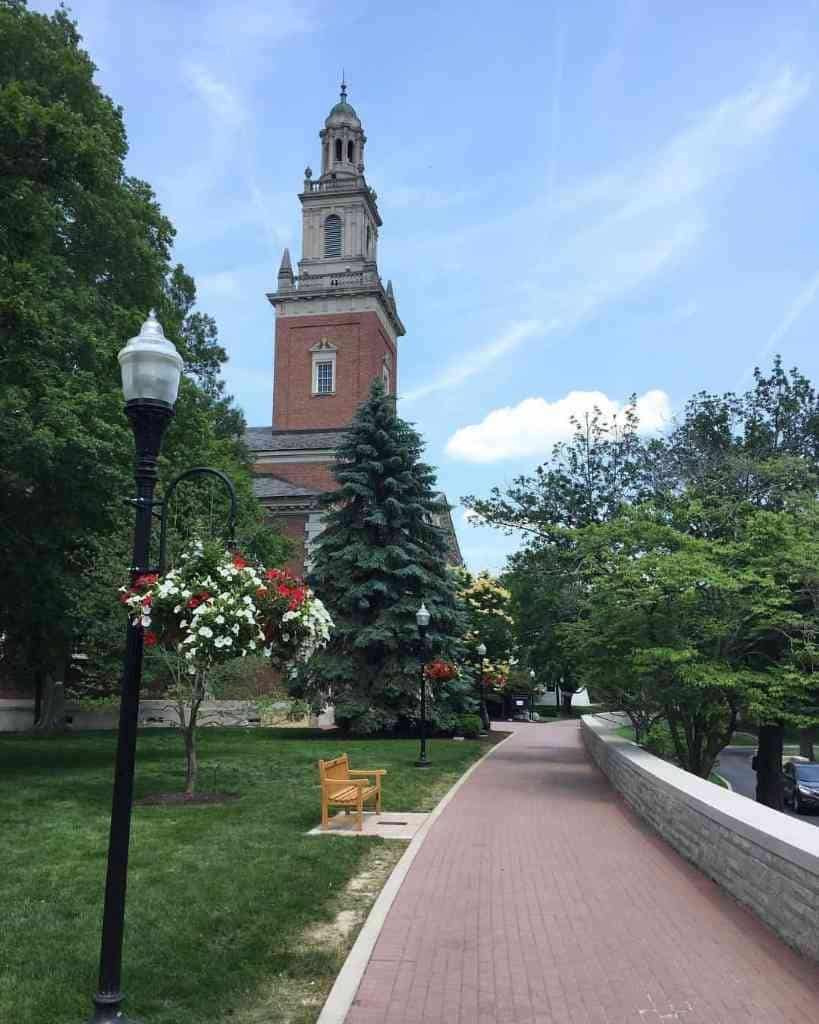 Denison University, in picture perfect, New England-style Granville, Ohio, is located 30 minutes outside the city of Columbus and 25 minutes from the Columbus airport, which provides the perfect combination of suburban location and city amenities.  Founded in 1831, Denison’s stunningly beautiful hilltop campus was designed by Frederick Law Olmsted, better known as the landscape architect who designed New York City’s Central Park.  The 250-acre central campus is adjacent to an additional 360-acre biological preserve, as well as a Donald Ross designed, college-owned golf course.  The central campus is comprised of several quads all connected by a central walking path.

Denison is home to 2,150 undergraduates, all of whom live on campus.  First year students largely live in their own section of campus in traditional dorm style housing, mostly in doubles, some singles and triples.  There are also rooms in several theme houses, which allow for students of all class years to live in groups of up to 30.  Upper class students mainly live in dorms or in campus-owned apartment-style housing.  While there is Greek life on campus, it is not residential, and it’s not a dominant presence on campus; approximately 30% of students join a fraternity or a sorority.

Students pursue one of three types of Bachelors degrees: Arts, Sciences or Fine Arts.  Denison University has over 50 majors, including several new options, including Global Commerce, Narrative Non-Fiction Writing and Data Analytics.  There is also a new concentration in Financial Economics.

Denison’s commitment to the liberal arts is expressed in its curriculum.  With a goal of giving students both breadth and depth in their education, Denison has general education requirements including a first year writing seminar, two courses each in the fine arts, the sciences (including a lab), the social sciences and the humanities, as well as at least one year of a foreign language.  Denison offers, for credit, an advising circle for all first years, in which about 90% participate.  The circles are comprised of a faculty advisor, and upper class peer mentor and 6 to 8 first year students.  The advisory meets for one hour weekly during the first semester and one hour monthly during the second semester.  The goal is to help students tackle all aspects of college transition from time management to dorm life to major selection.

Denison University has a student-to-faculty ratio of 9:1, and 100% of the faculty have the highest possible degree in their field.  Approximately 60% of Denison students study abroad at some point during their four years.  Denison has an exceptional commitment to the performing arts, and is one of a handful of liberal arts colleges to offer a major in dance.  Denison University gives neighboring Kenyon College healthy competition in the famous actor alumni category, boasting Steve Carrell and Jennifer Garner as alumni, while Kenyon graduated Paul Newman, Alison Janney and Josh Radnor.  Denison’s Michael D. Eisner Center (class of 1964, of Disney fame) for the Performing Arts broke ground in the summer of 2017.

The Knowlton Center for Career Exploration is nationally recognized, and between its services and a first-rate education, Denison graduates have exceptional post college outcomes.  Within 6 months of graduating over 90% of Denison University grads are either employed, pursuing graduate degrees or pursuing service (Denison is a top producer of Fulbright Scholars).  Five years after graduation, 96% of alumni report working in their desired field.

Denison’s dynamic president, Adam Weinberg, speaks passionately about the importance of co-curricular life in a full college experience.  To that end, Denison students are highly engaged in campus life outside of the classroom.  Denison offers 160 student-run organizations and 23 varsity sports that compete at the D3 level.  The student government operates a budget of $1.2 million and keeps campus life vibrant and fun.  Students are also deeply committed to service, and 86% of students performed 45,000 hours of community service last year.

Denison students describe themselves as friendly and involved.  The campus prides itself on its strong sense of community.  Over and over we heard the term “Denison family.”  Students speak glowingly of a present administration, a devoted faculty and a caring staff.  Highly successful sports teams enjoy strong support from students, faculty and Granville residents alike and are just one sign of a very strong school spirit.  School pride was evident in just about everyone we encountered.  Denisonians love their school, and they love to welcome others to the community.

Denison is committed to affordability and awards over $60 million annually in both need-based financial aid (meeting 100% of demonstrated need) and merit-based awards.  Merit awards range from $5,000 to full tuition, and do not require a separate application nor test scores.  Denison is test-optional, although about 60% of applicants do submit scores.  The median scores for the Class of 2021 were ACT 29, SAT verbal 640, SAT math 650.

Evelyn visited Denison in spring, 2018.  You can see all of her photos below.