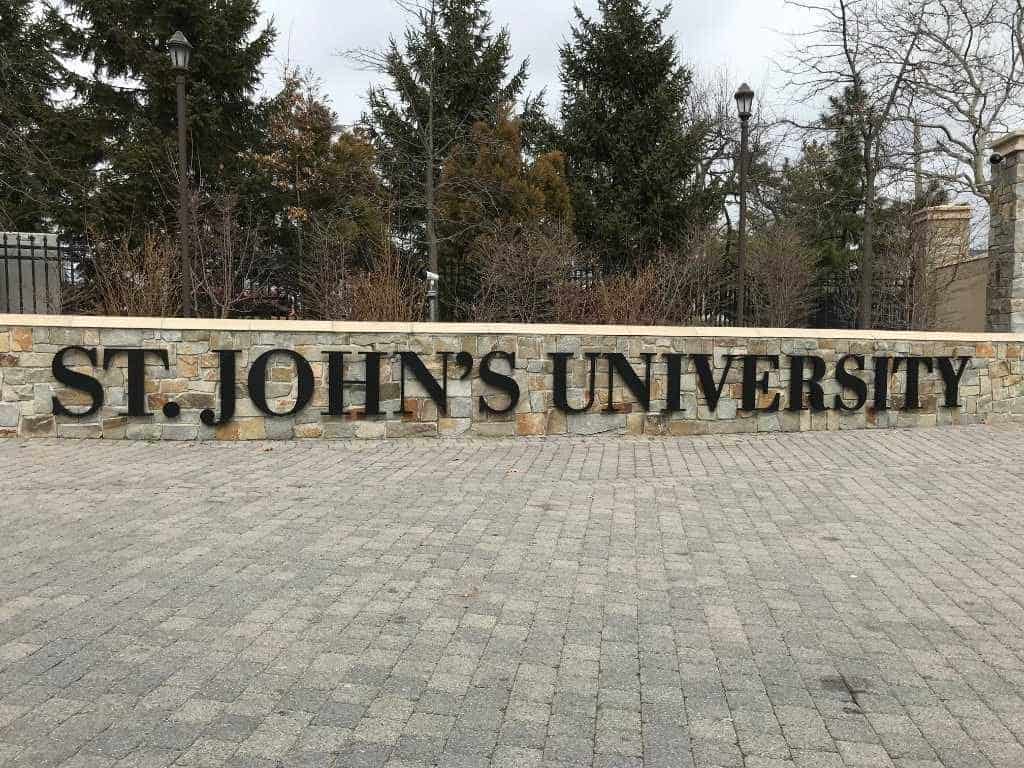 With an undergraduate population of about 16,000 students, St. John’s University is one of the larger Catholic universities in the U.S.  About 14,000 of those undergrads are based on the main campus in Queens, which has easy bus/subway access to New York City.  Because many of the students are local, only about 35% of the undergrads at this campus actually live on campus, but the recently-constructed residence halls guarantee four years of housing to anyone who requests it.  St. John’s has an additional campus on Staten Island, with an additional 2000 students.

As with many other colleges, all students take a broad spectrum of courses in the liberal arts, which offers choices within each requirement.  All freshmen take a course introducing them to life in New York City.  With about 3200 freshmen, St. John’s University keeps classes small, averaging about 28 students.  The student-to-faculty ratio is 17:1.

St. John’s University has a strong business program, and all business majors can dual degree in other programs on campus.  The sports management and hospitality management programs are within the College of Professional Studies (not the College of Business), and St. John’s has a small Manhattan campus which is home to the very strong actuarial science and insurance majors.  The School of Education has all concentrations including special education.  Pharmacy is the only program you must declare as a freshman.

Study abroad is heavily encouraged at St. John’s University, which has its own campuses in Rome, Paris and Limerick, Ireland.  Students have opportunities to go abroad as early as freshman year, and there’s a program where students can spend six weeks at each of these campuses to get a taste of different cultures.  St. John’s also has a strong connection with several disciplines in Asian Studies, bringing a multicultural component to the campus.  Students interested in Asian languages, history and culture will spend time at the Sun Yat Sen Center, which houses the Asian studies departments.

Students whose test scores and GPA are on the higher side (1280/3.6 unweighted) are invited to consider the Honors program, in which students take more intense and generally smaller classes, as well as live together in the honors residence hall.

St. John’s University has Division 1 sports, and is a frequent contender in March Madness basketball.  Coach Chris Mullin, a St. John’s alum, played for the Golden State Warriors, and whenever the team is in NY, they practice on campus.

Admission to St. John’s University is rolling, and there’s no admission fee.  Average scores are 1180/24, but St. John’s is Test-optional, looking for students with about a B+ average who can succeed here.  St. John’s is very generous with stackable merit scholarships.  Students who graduate from a Catholic high school are automatically given $2500/year, as are students with a parent who served as a police officer, firefighter or in the military.  The Catholic Scholars Program rewards students who are active in their parish, and there are also scholarships for students who perform high levels of community service in high school.

Magellan counselors Debbie and Evelyn visited St. John’s University in March, 2018.  You can scroll through all of their photos below.