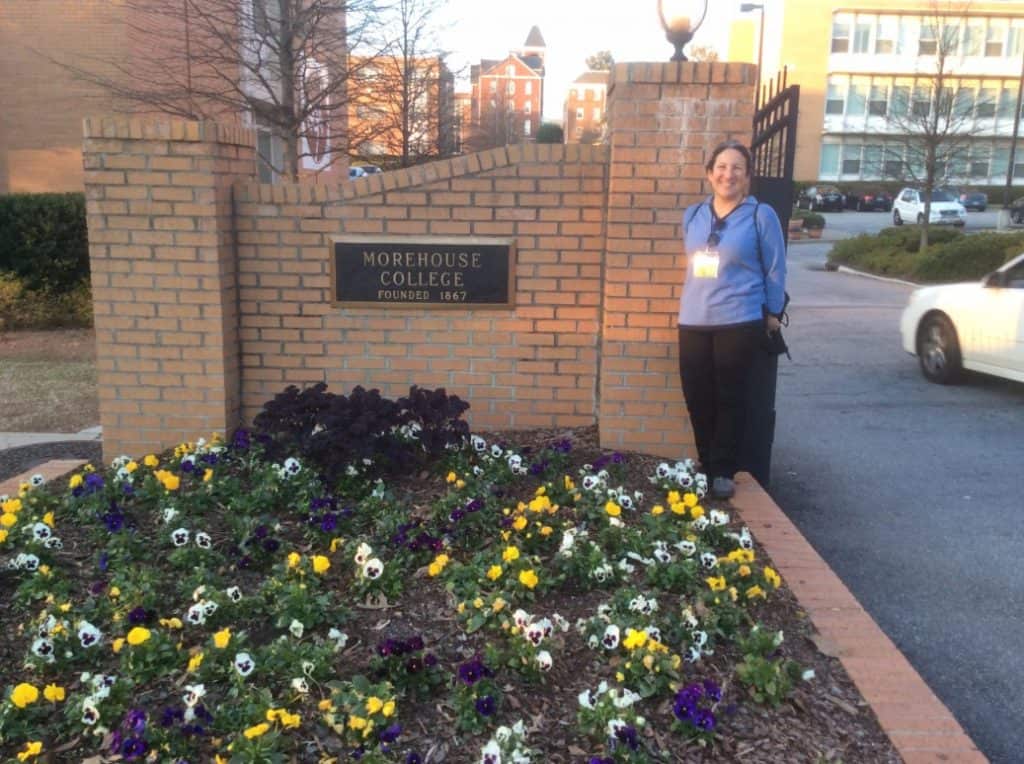 Founded in 1867, Morehouse College is unique among liberal arts colleges in the United States:  it’s one of only three all-male colleges, and it’s also a Historically Black College (HBCU).  Morehouse celebrates its most famous graduate, Dr. Martin Luther King, Jr., and strives to provide an environment in which African American men push each other personally and intellectually, without interference from societal bias and expectations.  Film director Spike Lee also graduated from Morehouse College.

Morehouse Vice President for Student Engagement Dr. Timothy Sams, who worked at a number of highly-ranked liberal arts colleges before taking his current position here, spoke directly to the expectations that Morehouse sets for itself as an institution, for its students and graduates:

A Morehouse man is consequential, a man of acuity, of agency.  He will have an agenda and a purpose.  When he graduates, he will do something transformative with respect to the human condition.  Morehouse is an intellectual brotherhood.

Addressing some stereotypes about African-American men, Dr. Sams noted that the fear of not wanting to look or feel like you need help gets debunked here.  Here’s Dr. Sams talking about the benefits of the unique education that Morehouse College provides:

The top majors at Morehouse are the STEM majors; it’s a very strong school for students interested in pursuing a Ph.D. in physics.  English, sports journalism, cinema, TV and multimedia are growing and strong programs.  The business program is also very strong, with great internship opportunities in corporate-heavy Atlanta.

I met and spoke with several students aside from my tour guide during my visit to Morehouse.  Malcolm, a senior international relations major from Northern California, told me he was graduating and likely heading to New York to work in finance, and then graduate school.  He was very happy with his personal and academic growth during his time here.  I spoke to two more California students, both upperclassmen, who both said they very strongly recommend the Morehouse experience.

When you visit, you get the feeling that there is real power in this education; there’s something more going on here than just the academic courses the students are taking.  You realize that Morehouse is as much about who they are becoming as people, as what they are learning as students.

You can scroll through my photo album below.  Morehouse is truly a college where fit is of primary importance.  I strongly recommend that admitted students visit, or speak to Morehouse alumni, to get a better feel for how well they would fit on this unique campus.