Despite the fact that it’s considered a medium-sized university (~5,500 undergraduate students), there are no lecture halls and no graduate student teaching assistants at the University of San Diego.  The average class size is 22 and the student-to-faculty ratio is 15:1. 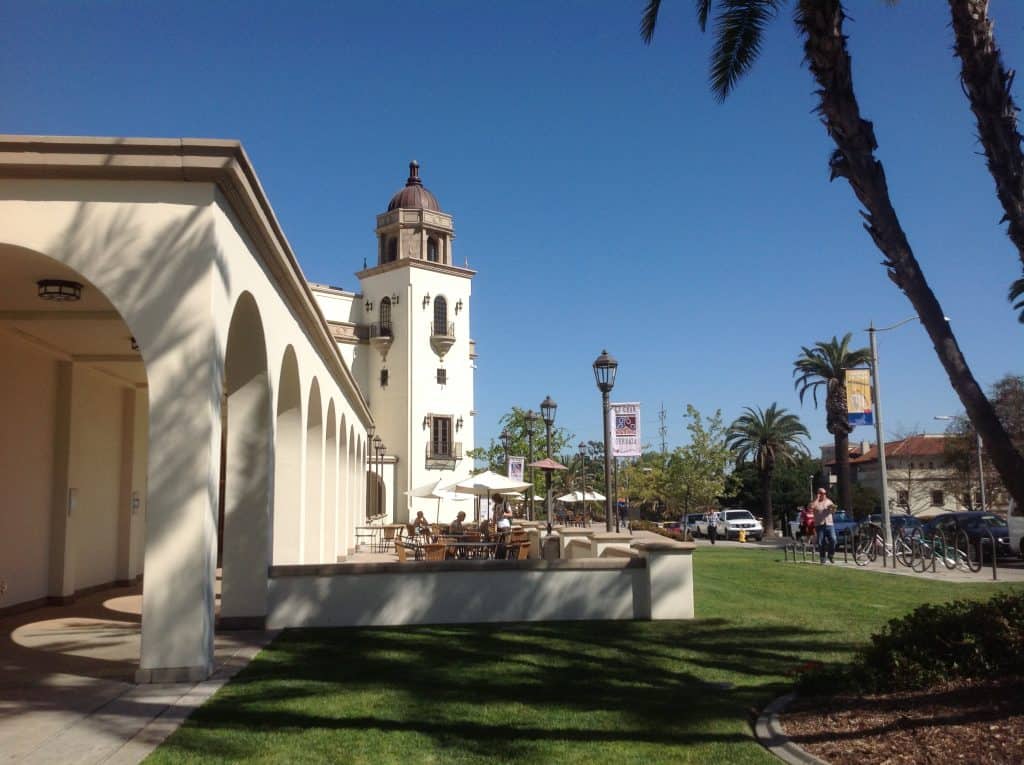 One of the five Catholic colleges in California, USD students never forget they are minutes away from the beach.  When we toured on a Friday afternoon, one student had his surfboard with him in the cafeteria.

About half of the students are from out of state, and about half are Catholic.  The university does require three semesters of courses within the Theology department, but look at the variety of classes that students can take to satisfy this requirement [including a class about the Holocaust]!  They have also been named a “College with a Conscience” by the Princeton Review, as service learning plays an important role in the education process here.  There is a diversity course requirement, and over 30% of the students identify as students of color.  University of San Diego has a Core Curriculum which has some flexibility, but also specific requirements for math and language competency.  The university is in the midst of revising the Core.

Academically, the business program is very large – one in three students is either a business major or minor.  The psychology program is very strong at the graduate level.  For one of our visits to the University of San Diego, tour guide Ed was a communications major with an environmental studies minor and spoke highly of both departments.  He noted that the “Be Blue, Go Green” sustainability initiative will bring water usage on the campus down to 1991 levels within a few years – and the campus is now twice the size as it was in 1991.  USD ranks number 1 in study abroad participation, with over 80% of students studying abroad at some point.  The honors program is by invitation only, and includes many interdisciplinary opportunities. 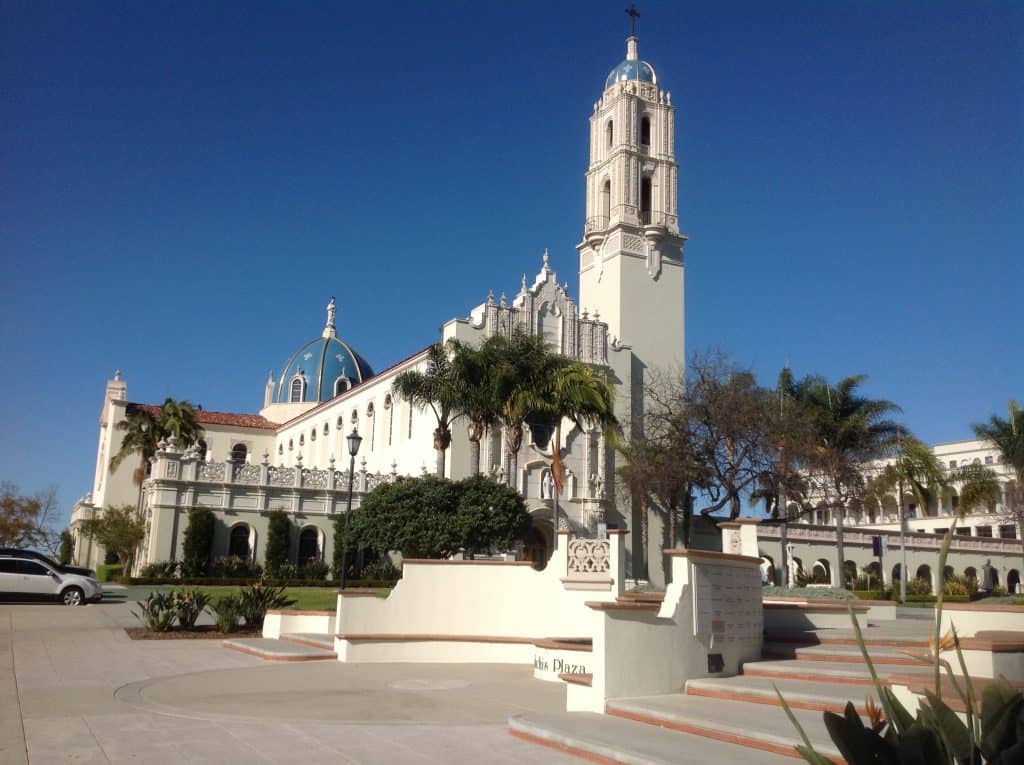 Housing is beautiful at USD and most students live on campus.  There are fraternities and sororities but no Greek housing.  First year and second year students have their own respective separate housing areas, and juniors and seniors live in a separate area as well.  The view from the second-year housing – aptly named “The Vistas” – is beautiful.

USD has some big-name supporters; Joan Kroc (widow of McDonald’s founder Ray Kroc) left several million to USD for the creation of the Institute for Peace & Justice, which houses the international studies and political science departments.  The Jenny Craig Pavilion is home to the basketball team.  Some of these funds support need-based and merit-based scholarships; 75% of the students have some form of financial aid.

More photos from our multiple visits to the University of San Diego are here.

1 thought on “University of San Diego”