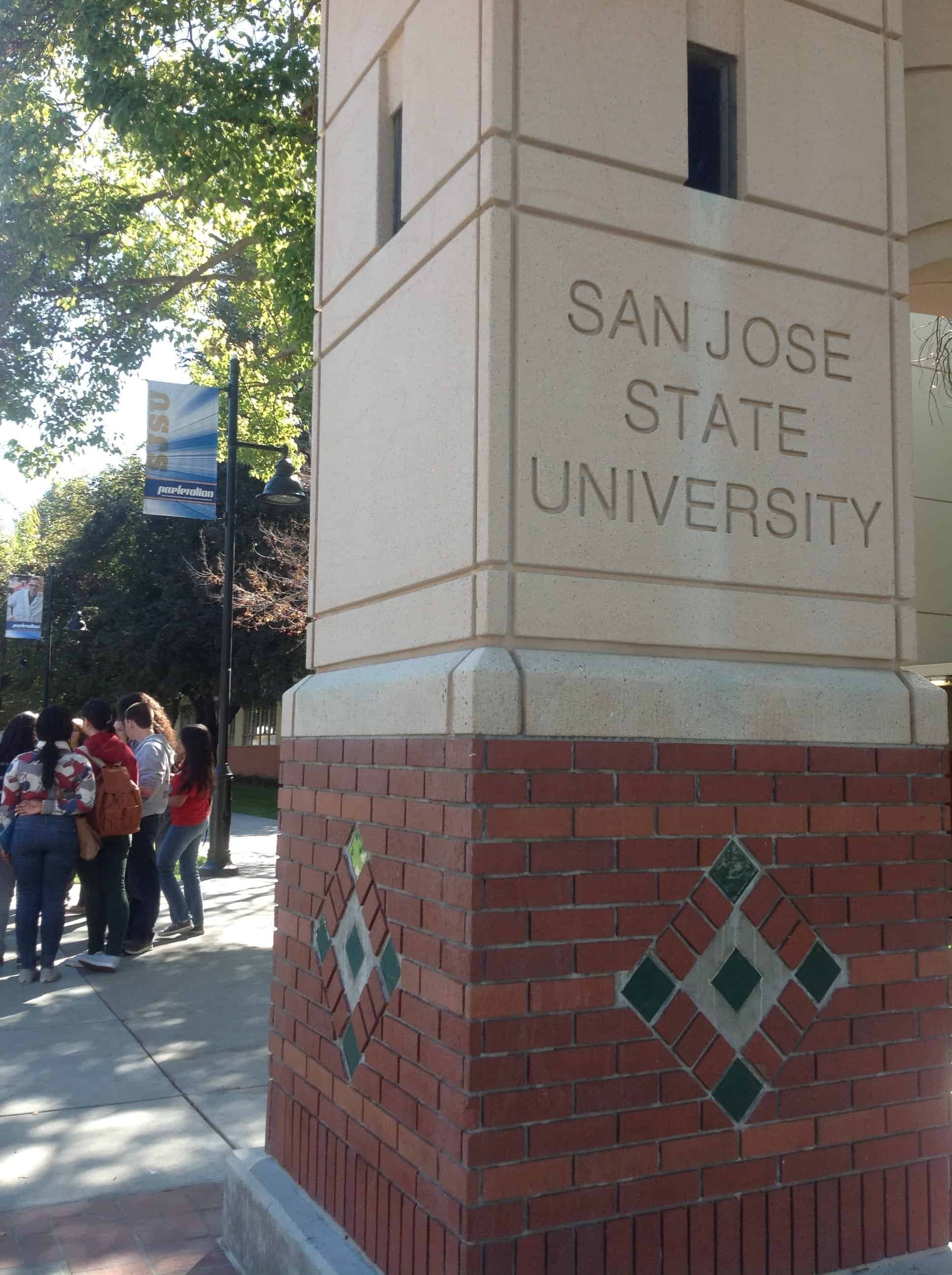 Though it has 25,000 students, San Jose State feels smaller than it is.  About half the students commute, so on a given day only about ten thousand are on campus.  Freshmen are required to live on campus.

San Jose State has a wide variety of majors, including four that are unique to this campus among the 23 Cal State campuses:  meteorology, advertising, aviation and forensic science.  One one visit, both of our tour guides were forensic science majors and spoke highly of the program.  The visual and performing arts programs are also very strong.  Because of its location in the heart of California’s Silicon Valley, a large number of San Jose State graduates work in the local tech industries (there are more SJSU grads than Stanford grads at Facebook, Google and the other tech companies!).

San Jose’s 8-story Martin Luther King, Jr. library was the first joint college/city library in California.  It has the second largest collection of Beethoven’s works in the world – including a few strands of his hair (!).  There are 400 computers available to students and the public, and students can also rent laptops or iPads to do their work.

San Jose has Division I sports and lots of pride in their athletic programs.  The school is also politically progressive, with a tribute to Cesar Chavez and the Farm Worker movement prominent on campus.  Students noted that on the opposite of this side, which depicts farm workers, are images of Cesar Chavez and Dolores Huerta, signifying that you enter San Jose State as a worker, but you leave an activist.

Magellan counselors have visited San Jose State University a number of times, and you can scroll through all of our photos from multiple visits below.